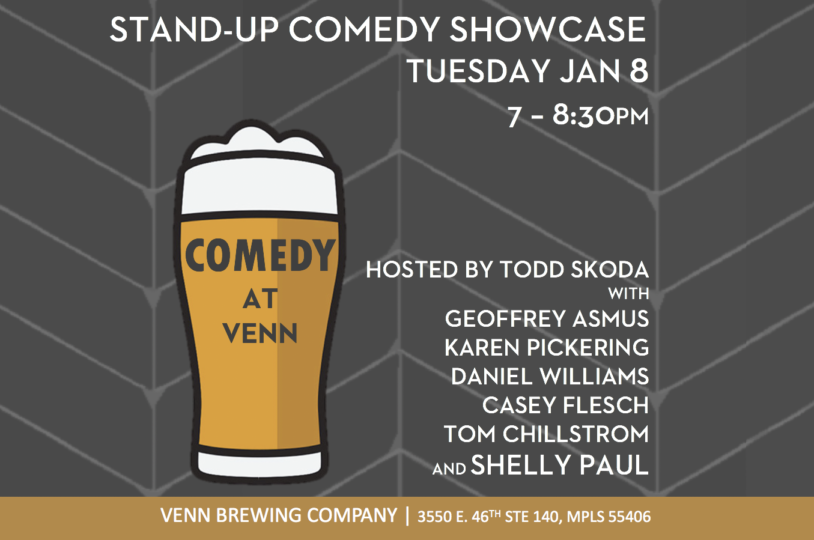 We’re bringing back Venn beer and comedy on a Tuesday. Be here for our next Stand-up Comedy Showcase at Venn!

Tuesday, January 8th, 7pm – 8:30pm
We’ll have the US Grill food truck on site to fill your bellies with food too!